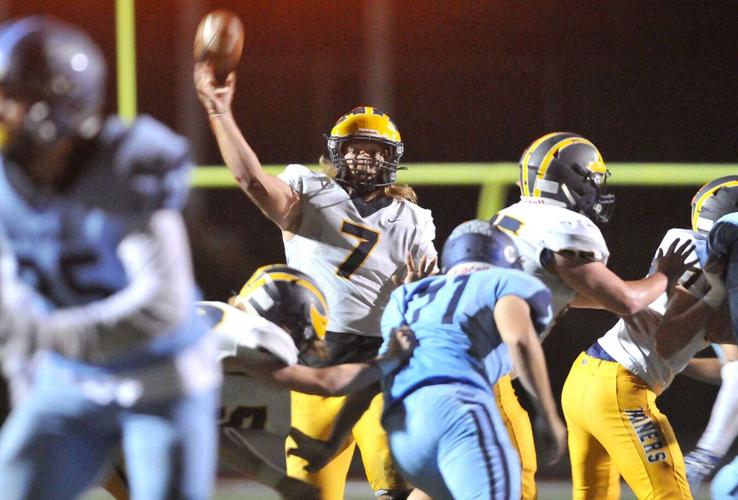 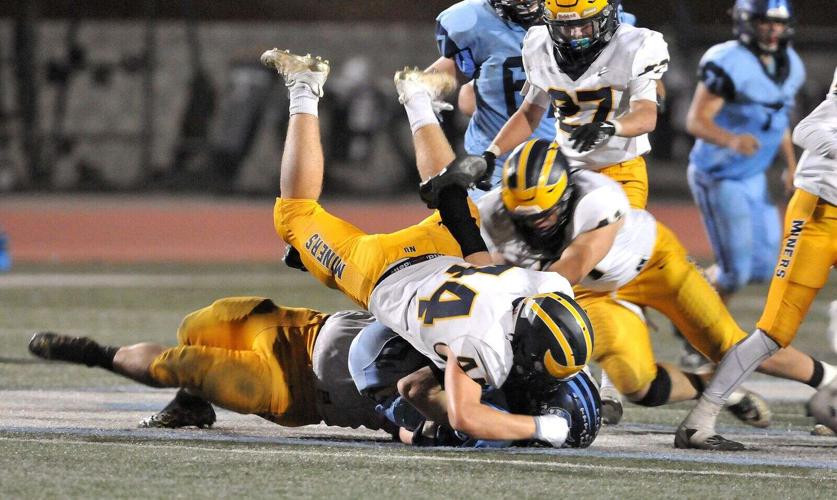 A gang of Miners come down on Oakmont quarterback Danny Myles for a sack during Friday’s road win. 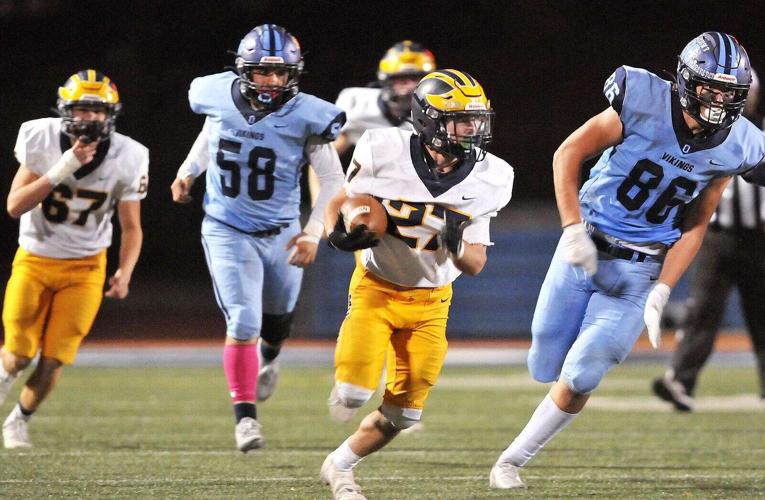 Nevada Union’s Cameron Cormack finds some open field to run in the ball during Friday’s win over the Oakmont Vikings. 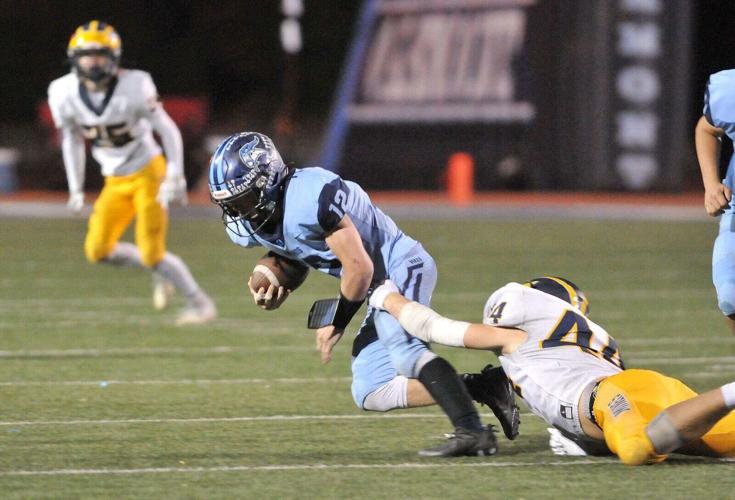 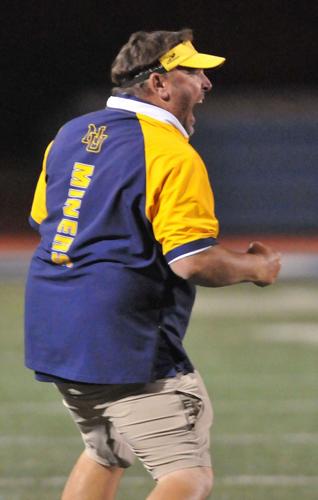 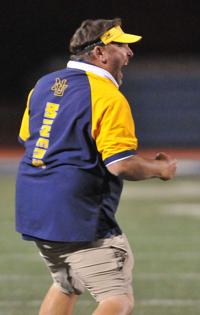 Nevada Union head coach Brad Sparks gets pumped up on the sideline cheering on his team. 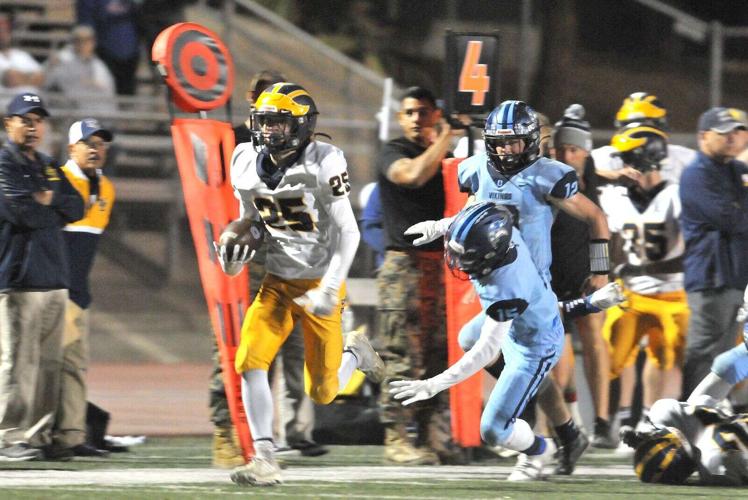 Nevada Union’s Andrew Webster ditches Oakmont defenders as he runs down the line on a big 4th-down play. 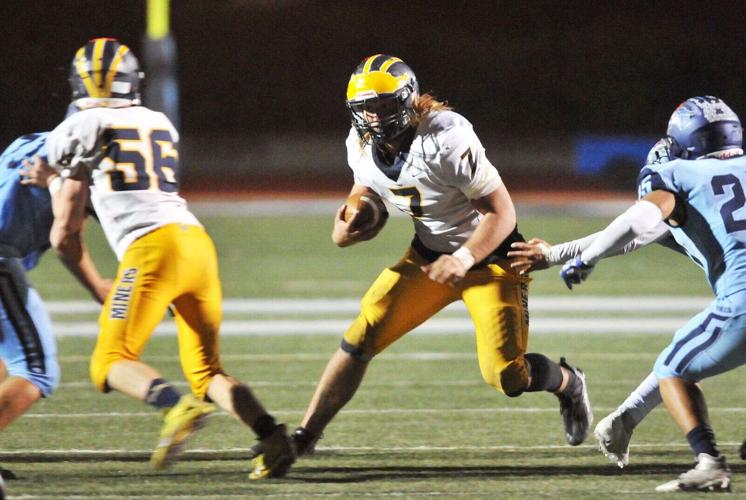 Nevada Union quarterback Gabe Baker keeps the ball on the option, and runs in to a gap during Friday’s 28-21 win over the Oakmont Vikings. 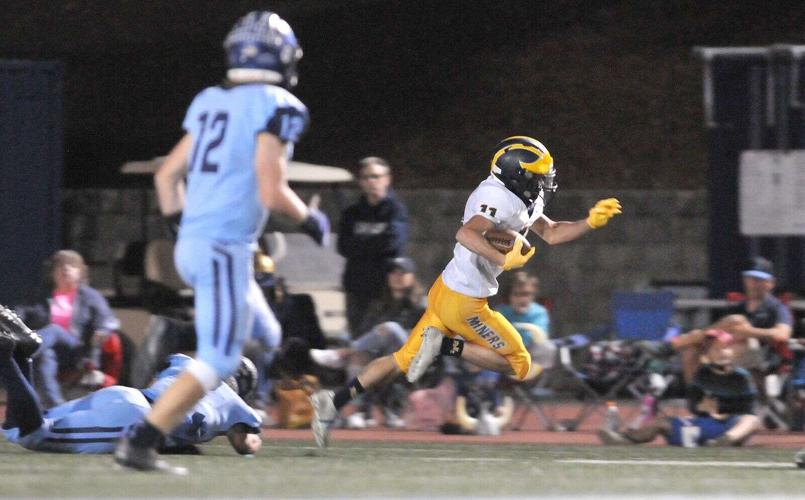 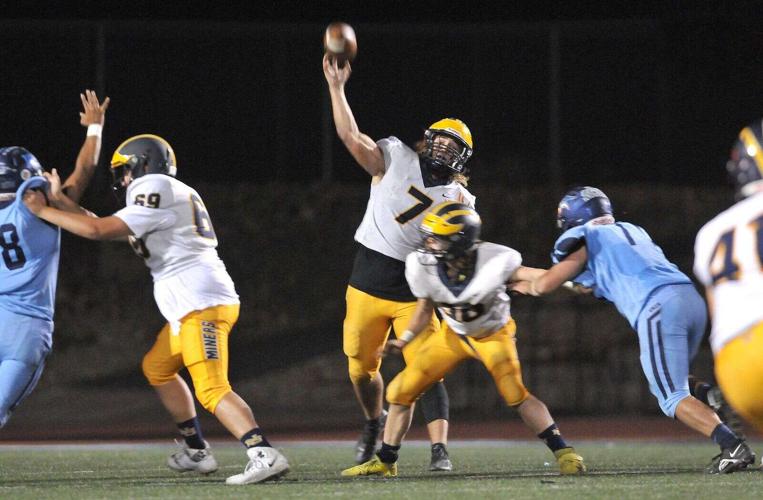 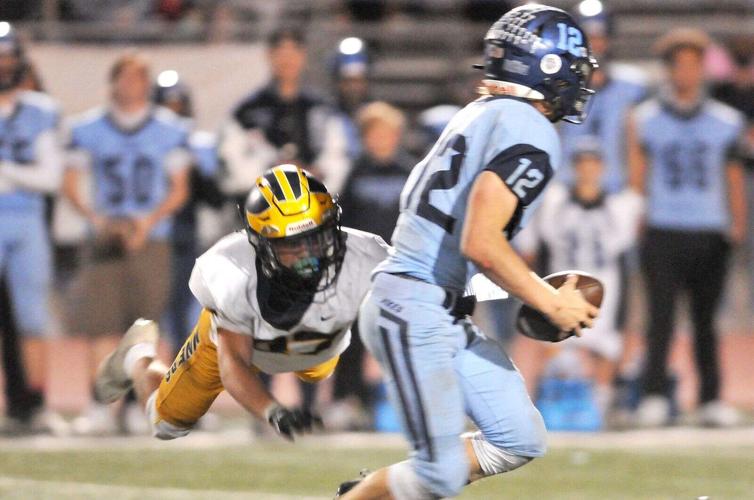 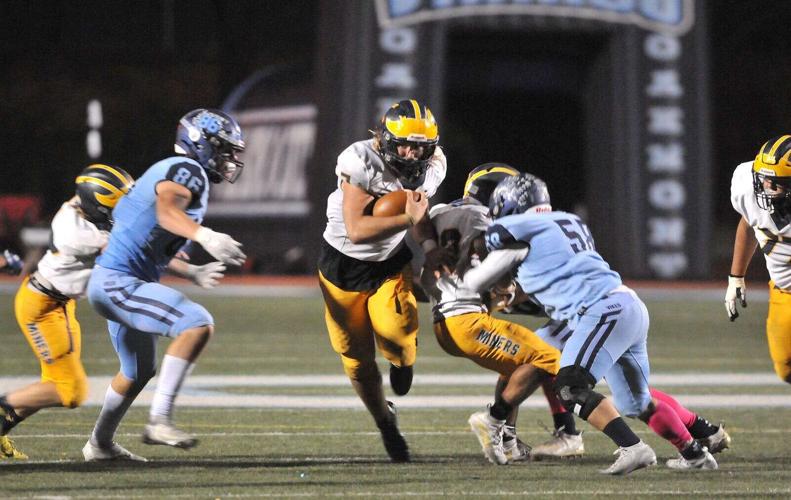 Gabe Baker finds a gap as he runs the ball during Friday’s win over league opponents the Oakmont Vikings.

The Miners (5-3 overall, 2-1 FVL) dug themselves a hole early and trailed 14-0 in the first half. NU responded by scoring the next three touchdowns, getting into the end zone just before halftime on their first drive of the second half, and they then took the lead on a short touchdown run by Gabe Baker with a little more than three minutes left in the third quarter.

Baker, NU’s senior quarterback, finished the contest with 115 rush yards and the one touchdown. He also threw for 115 yards and two touchdowns.

The Vikings from Oakmont responded and tied the game up with 10:28 left in the fourth quarter. The Miners didn’t wait long to strike back, scoring a go-ahead touchdown with 8:33 left in the game. NU’s defense would hold strong from there.

Leading the defensive charge was junior defensive end Clay Renner with 12 tackles, two sacks and a forced fumble. Senior middle linebacker Jedi Vculek led the team in tackles with 15, including one for a loss. Sophomore defensive end Bodey Eelkema wrapped up 14 tackles and recovered a fumble. Senior defensive tackle Justin Lopez plugged up the middle and accounted for 12 tackles, including two for a loss. Sophomore Cole McCraken added nine tackles.

On the offensive side of the ball, NU got a big game from senior running back Cameron Cormack, who rushed for 154 yards on 19 carries. Cormack also caught two passes for 18 yards and a touchdown.

Also contributing to the victory was junior receiver Drew Menet, with five catches for 49 yards and a touchdown. Renner followed with four catches for 48 yards. Sophomore quarterback Dustin Philpott accounted for rushing score in the win as well.

The Miners are set to host their final home game of the season this upcoming Friday, when they welcome Ponderosa (4-2, 2-1) to Hooper Stadium.

The junior varsity Miners also earned a comeback victory over the Vikings, scoring a late touchdown to steal the win.

The JV Miners trailed 6-0 at halftime, and 12-6 late in the fourth quarter, but was able to punch it into the end zone with less than two minutes left. With the game tied at 12-12, it was the extra point kick off the foot of Grady Kamba that was the difference.

NU’s Jake Barefield had a big game, leading the team in rushing and scoring the game-tying touchdown. The freshman also blocked a punt that he returned for a touchdown.

Coaches may be submit reports to Sports Editor Walter Ford at wford@theunion.com