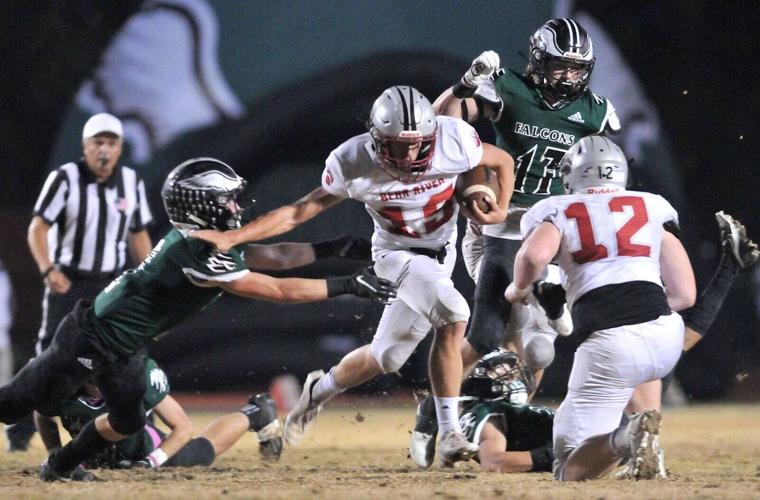 Bear River sophomore running back Hunter Profumo finds a gap to run the ball during a play against the Colfax Falcons Friday night. 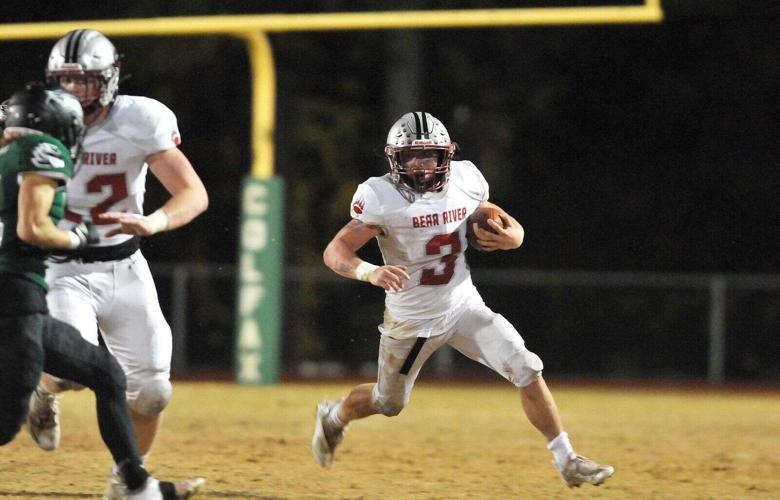 Bear River’s Ryder Kiggins finds some open field and swings out to run the ball during Friday’s 14-0 loss to rivals the Colfax Falcons. 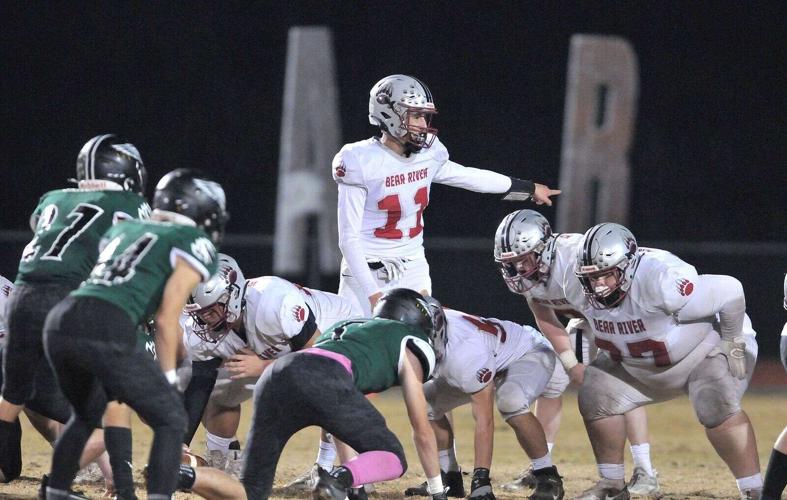 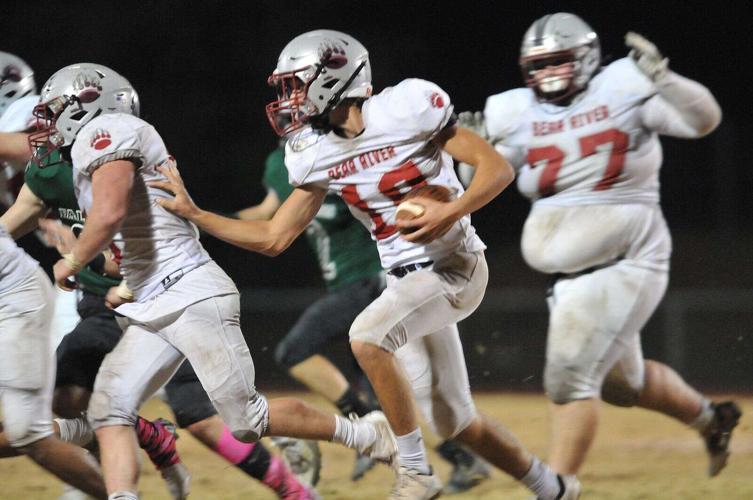 Bear River sophomore running back Hunter Profumo runs the ball during a play against the Colfax Falcons. 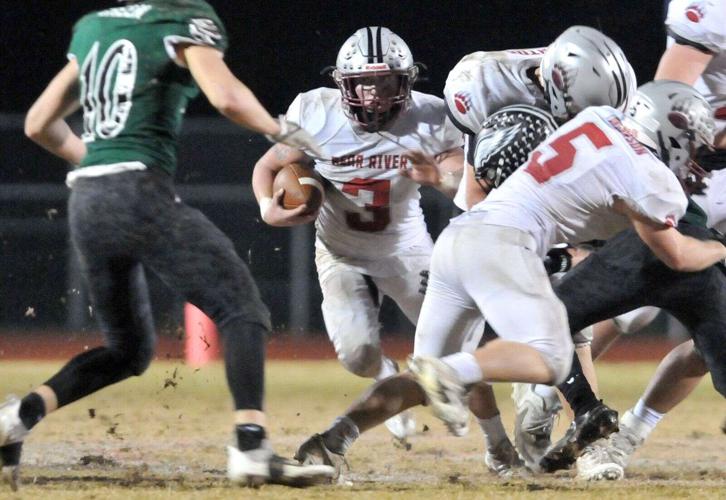 Bear River’s Ryder Kiggins carries the ball during a play against the Colfax Falcons during Friday night’s league matchup of the rival teams. Bear River would end up losing to Colfax 14-0.

The better team found a way to get it done, and it was the Colfax Falcons topping the Bear River Bruins for a 14-0 victory to claim the Pioneer Valley League title outright.

The Falcons (7-2 overall, 5-0 PVL) earned the win behind its stingy defense which shut down the Bruins with a goal line stand at the end of the first half to remain up 7-0 at halftime. Colfax’s touchdown came on its previous possession, when sophomore running back Malaki Thompson rumbled up the gut and broke free for a 17-yard score.

In the fourth quarter, it was Colfax senior Connor Vaughan who broke a tackle and jetted into the end zone from 11 yards out. The 14-0 advantage was more than enough for the Falcons, who kept the Bruin offensive attack at bay.

“I’m super proud of them,” said Bear River co-head coach Tanner Mathias. “The improvement we’ve made from Liberty Ranch to now, the ref came up and said after the game he saw improvement. We were a mess there. We’ve cleaned up a ton of mistakes and fought hard the whole season and got to where we are now.”

Bear River was led by senior back Ryder Kiggins, who banged his way for 48 tough yards on 17 carries. Collectively the team finished with just 105 yards rushing and couldn’t break through for the explosive plays which it so desperately needed.

Colfax’s two scoring drives came from 88 yards and 34 yards, respectively, and every yard had to be earned. Senior halfback Nicholas Sinel was held to 55 yards on 14 attempts. Thompson finished with 87 yards on 13 carries with a touchdown and recorded the game’s biggest play — a 27-yard run.

Defensively, Bear River stood tall and kept themselves in the game. Kiggins wrapped up a team best 10 tackles, including one for a loss, followed by Ryder Holcomb with eight, with one for a loss. Anders Torgerson and Micah Patton each tallied five tackles, and Hunter Profumo and Tyle Heuseveldt each chipped in with four.

Bear River wraps the season with a 3-6 overall record and a 3-2 mark in PVL play.

The future looks bright for the Bear River program as the junior varsity Bruins (6-1-1) ended its season with a huge 15-12 win in a seesaw affair.

Bruins quarterback Cole Stowers scored the game’s first touchdown on a sneak. In the second half, trailing 12-7, it was Bruins’ running back Blake Simning racing in for a 30-yard score to put Bear River back on top.