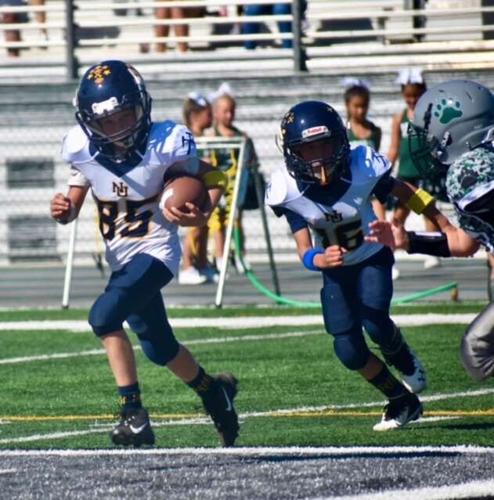 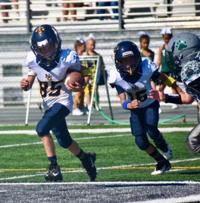 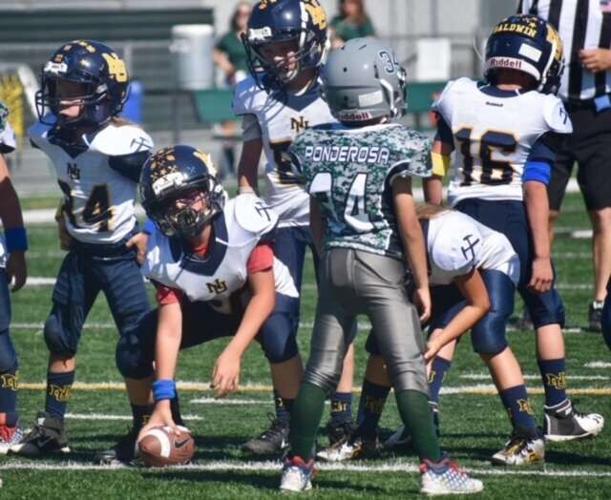 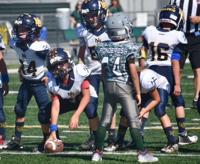 Thanks to a stingy defensive effort led by edge rushers Brody Bringolf and Conrad Kohler, the Jr. Miners never allowed the Jr. Bruins offense to reach the red zone on the afternoon.

The Nevada Union Jr. Miners 8U football team shut out the Ponderosa Jr. Bruins, 12-0, Saturday in Shingle Springs to secure their first win of the young season.

On the offensive side of the ball, the Nevada Union attack, led by Center Spencer Murray, churned up hard-earned yards and dominated the time of possession battle thanks to lineman Waylon Jackson, Rhedyn Scott, Gio Quintero, Westin Green and Kaeson Ayson. Just before the end of the first half, Quarterback Riley Odegaard was able to carry the football into the end zone to give the miners a 6-0 lead going into the intermission. This was made possible by outside blocks on the edges by receivers Colby Stanley, Jameson Frey and Ryder Spingola.

In the second half, the Jr. Miners once again struck gold with a hard-earned touchdown run by fullback Kaleb Baldwin, who also started on the defensive side of the ball at the strong safety position.

Wyatt Schauffler and Liam Reynolds also contributed on the scout team during practice throughout the week to help prepare Nevada Union with the game plan ahead.

“Credit goes out to the entire coaching staff for this one,” said head coach Kyle Klauer. “Jason Tipton, R.J. Green, Jason Burkhart, Tyler Scott, and Amber Sullivan helped our players prepare mentally all week, as well as studied a ton of film to get our team ready to come down here and avenge last year’s loss to the team that knocked us out of the playoffs in the 2021 campaign. We waited an entire year to face the Bruins again and it was all the more sweet to be able to shut them out on their home field. Team mom Liz Burkhart also deserves a big shout out for coordinating everything we need during the week to get our team in the direction they need to be for both practice and game days. A special thanks goes out to our Jr. Miners President Sarah Hooper and board member Starr Harris for keeping us in line all season long.”

The Jr. Miners now prepare for their upcoming matchup this Saturday morning, once again on the road, against their biggest league rival the Placer Jr. Hillmen in Auburn. The Jr. Miners will look to avenge another 2021 loss that kept them from the playoffs a season ago.