Submitted to The Union

Via Nevada County Health and Human Services Agency: As of today, there are 14 cases that are epidemiologically linked to the recent E. coli outbreak, with the commonality among them being the use of Lake Wildwood’s Commodore Beach often with unintentional ingestion of lake water. Eleven of these cases are lab confirmed, and we await additional lab results. Of the fourteen cases, eleven are children and three are adults.

Four of the children have developed Hemolytic Uremic Syndrome (HUS), which is a potentially life-threatening condition with anemia and kidney complications. Though HUS is a very serious condition, most people who are diagnosed with HUS recover fully.

Staff from the Nevada County Public Health and Environmental Health Departments recently spoke with representatives from the California Department of Public Health and the Centers for Disease Control (CDC) and Prevention. According to their recommendations, the public beaches should remain closed until contamination levels in the lake water have dropped to a safe level and until after three E. coli incubation periods have passed since the last known exposure of those who have become ill. While we continue to receive reports of illnesses potentially linked to this outbreak, the last known date of exposure is July 23rd.

If this remains the last exposure date, and if the contamination levels drop to a point that is safe for recreational use, then the beaches could possibly reopen as early as August 23rd. The current no swim advisory remains in place as long as the beaches are closed.

The Environmental Health Department continues to test the lake water twice a week at eight different points in the water near Commodore, Meadow Park, and Hideaway Park Beaches, and will continue to do so until results indicate the issue has been resolved. Results from the August 7th samples warrant continued beach closures, as results at seven of the sites near the three beaches indicate elevated levels of fecal coliforms (these are bacteria, some of which may cause illness), with the highest levels being measured near Meadow Park at >2,419.2 MPN per 100 mL.

Levels above 200 MPN per 100 mL warrant beach closure. The eighth sample site at Hideaway Park tested low at 18.7 MPN per 100 mL. Though only three beaches are being tested regularly, all five beaches are closed as a precautionary measure to ensure public health and safety and to prevent further illness.

In order to determine the source of contamination, numerous tests have been conducted, including multiple tests of the wastewater system and at the NID canals along Deer Creek. The contamination source, however, has still not been identified. The investigation continues, and additional testing of wildlife scat, sand, and other tributaries is in process. The Environmental

Health and Public Health Departments continue to work closely with one another and with the Lake Wildwood Association, sharing test results, reviewing past data, and discussing closures and notices.

As a reminder, the symptoms of Shiga toxin-producing E. coli include severe stomach cramps, diarrhea (often bloody), vomiting and sometimes fever. It can take up to ten days after exposure to develop symptoms, and most people recover within five to ten days. If someone experiences these symptoms, we recommend contacting your health care provider right away. If there are complications such as dehydration or anemia, timely treatment can make a significant difference in recovery from this illness. 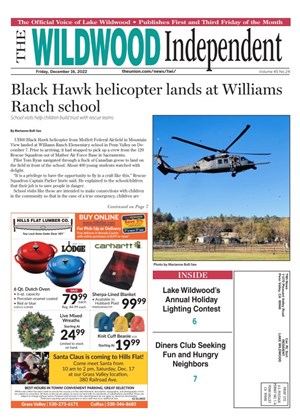