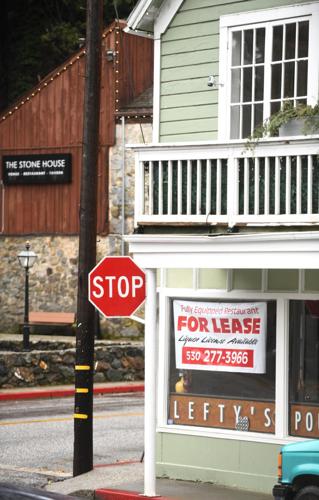 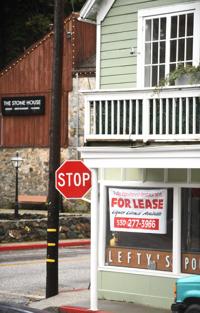 Situated along the picturesque Deer Creek, The Nevada City location of Lefty's is officially available for lease. Lefty's was just one of many local businesses to close in 2022. | Photo: Elias Funez 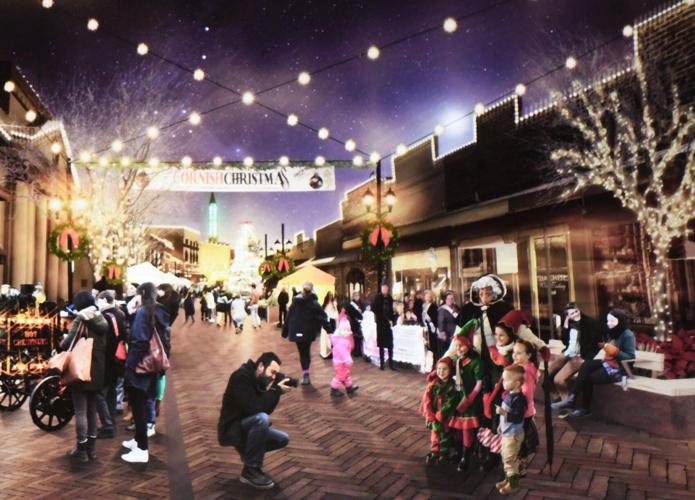 An artists rendering depicts what the Mill Street Mall is intended to look like after renovations are completed. 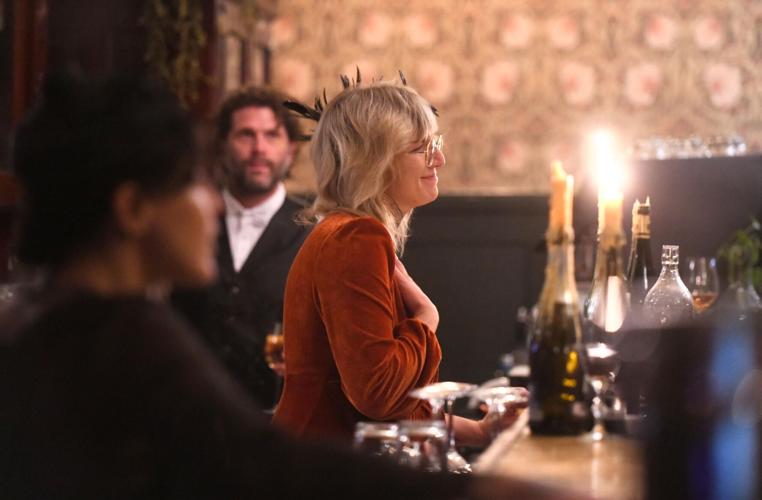 Watershed at The Owl worker Hayley Corbin addresses some of the restaurant and bar’s clientele as they enter during their final evening of business Saturday Oct. 29. Staff there say that more downtown locations will soon follow suit if folks don’t support their local businesses.

Situated along the picturesque Deer Creek, The Nevada City location of Lefty's is officially available for lease. Lefty's was just one of many local businesses to close in 2022. | Photo: Elias Funez

An artists rendering depicts what the Mill Street Mall is intended to look like after renovations are completed.

Watershed at The Owl worker Hayley Corbin addresses some of the restaurant and bar’s clientele as they enter during their final evening of business Saturday Oct. 29. Staff there say that more downtown locations will soon follow suit if folks don’t support their local businesses.

Some Nevada County restaurants made it through the COVID-19 pandemic and an economic downturn successfully. Others were not so lucky.
Locals had to say goodbye to some of their favorite haunts this year, including Grass Valley’s Old Town Café which shuttered in June. The restaurant’s owner Robin Buckman told The Union at the time that the closure was the result of his inability to obtain a lease from the owners of the building, the Independent order of Grass Valley Odd Fellows Lodge #12.
The diner had been plagued with controversy surrounding its stance on COVID-19 regulations, and in 2020, the storefront was vandalized. The offenders painted curse words and language expressing dissatisfaction with Donald Trump.
After the first time we were allowed to reopen, we never closed again for the simple fact that at that point we did our own research,” Buckman said. “We listened to both sides of everything, and nothing made any sense to us. People wanted a choice, so we gave it. We stayed open. The Health Department tried to close us down. We refused.”
Many were disappointed to learn that Grass Valley institution Frank’s Pizza had closed. The Union was unable to reach the owner of the business, but its presence downtown will be missed after being in the same location since the 1950s.
Just this month, Spark’s Subsational sandwich shop closed. The spot had been open since 1988. The main issue for its owners was the burdensome repairs and construction needed on the building. Co-owner Terry Alvarado credits her loyal customers for a long run of success.
“We appreciate the whole community for all their love,” said Alvarado. “They love us and we love them. We have made a lot of friends…We’ve been here since ‘89. It makes me sad my grandkids can’t come here. It’s an icon in this town.”
Also shutting for good was Watershed at The Owl, an eatery featuring a rotating and seasonal menu. The Owl has been an establishment in downtown Grass Valley since the mid-1800s and local foodies were delighted when it reopened in late 2018.
Watershed’s owner Ian Moll said upon its closure: “The decision made itself. It wasn’t sustainable. I guess to sum it up, the business climate was pretty bleak. I don’t think it was just us.”
As could be expected Moll was disappointed to have to close the doors to a Nevada County icon.
“Since the day we took the space over we considered it our responsibility to hold on to for the community for as long as we had it,” he said.
It’s unknown what impact the closure of Mill Street to vehicular traffic had on the businesses.
Grass Valley wasn’t the only town to wave goodbye to some of its favorite dining spots in 2022.
Downtown Nevada City’s Sushi at Nourish closed this year, with The Union unable to contact owners for a statement. The restaurant’s space on Union Street remains closed, with signs of a new business opening in its wake.
Lefty’s Grill, which was a mainstay at the foot of Broad Street closed in August. Boasting a prize from the World Pizza Challenge, owners Chris Duncan and John Cammack had made it through multiple floods, the pandemic, a relocation, and a lot of uncertainty.
The partners said in an online statement: “These last 14 years of service in this wonderful community have been a blessing…unfortunately it got to be too much.”
The space vacated by Lefty’s Grill remains available for lease.
Not all restaurant news from this year is bad.
While La Gastronomia—the authentic Italian eatery drenched in tradition—remains open, their format has changed. No longer offering deli services, the shop is now mainly a restaurant but still carries Italian specialties like salami, vinegars, and baked goods.
Many were sad to say farewell to Paulette’s Country Kitchen. In its former location, the famous fast-food chain Wendy’s moved into the same spot after much construction and demolition of the building that housed Paulette’s.
Across the highway, McDonald’s was under construction for much of the year, reopening in the fall.
Also Delish Bish in Nevada City took a step up as they relocated from a small space on York Street to a relatively sizable one on Broad.
Delish Bish owner Rachel McMahon opened her eatery as an alternative to late-night cuisine options and ended up expanding, growing out of her space and taking over the location of what was Calla Lily Creperie. McMahon describes her food as “globally-inspired street food.”
“I think that people should know that we are such a community-based place and that we are really about serving the community and growing relationships,” McMahon said. “Some customers we have every day that we’re open. We are here to make this place better and to create a late-night culture. That’s why I started this.”
Also on the move was Sushi In The Raw. Founder and longtime owner Kaoru Suzuki sold the restaurant to Erik Dutillieul, citing his need to return to his home country of Japan to help his aging parents.
“I suggested (Suzuki) bring it over to (California Organics),” Dutillieul said upon the sale. “I think the Seven Hills business area is a big part of our community and it’s exciting to be a business owner here ad put some energy in here.”
To contact Staff Writer Jennifer Nobles, email jnobles@theunion.com or call 530-477-4232.