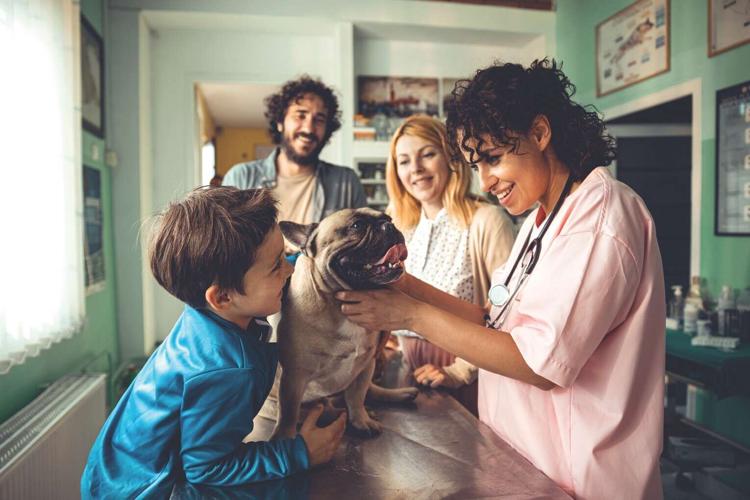 Whether or not they consult their veterinary providers, dog owners are increasingly turning to CBD to help manage conditions like arthritis, anxiety, seizures, and other health problems in their pets. 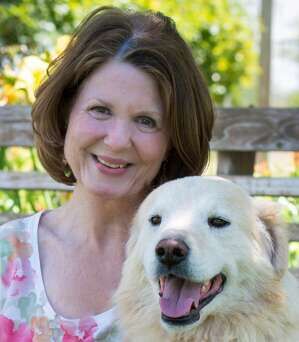 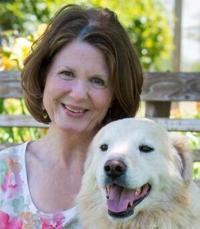 Long before California legalized recreational marijuana, a lot of information was floating around the universe about a substance related to marijuana but not marijuana, that had supposedly curative properties for everything from pain, anxiety, and nausea to seizures and other neurological disorders. The substance was CBD, a naturally occurring cannabinoid found in hemp which does not produce the euphoria associated with marijuana.

In June of last year, the Federal Drug Administration (FDA) took a huge step forward in the effort to legalize the use of medications containing CBD, approving the anti-seizure drug Epidiolex. This approval forced the Drug Enforcement Agency (DEA) to reclassify the medication from a Schedule I drug—drugs with the greatest potential for abuse and addiction — to Schedule V, those drugs with the lowest possibility for abuse.

The DEA ruling means that any prescription medication containing CBD with no more than 0.3 percent THC can be legally sold in the U.S. (THC is the element in cannabis that produces a “high” when smoked or consumed. CBD, on the other hand, is a naturally occurring cannabinoid found in hemp which does not produce that euphoria.) This leaves little doubt that in the months and years to come, other drug manufacturers will be clamoring for FDA approval of their CBD-infused prescription products.

But what does any of this have to do with dogs?

First, remember that many human drugs can successfully treat our dogs. For instance, veterinarians prescribe metronidazole (Flagyl) for canine giardia, anaerobic infections, and chronic diarrhea. Tramadol, a human pain medication, is also used to treat both pain and anxiety in dogs. Doxycycline is a remedy for a variety of canine bacterial infections. While many of these drugs have been approved for veterinary use, others have no such formal approval.

But that doesn’t mean veterinarians aren’t allowed to prescribe them.

In fact, federal statutes authorize off-label use of human prescription drugs for use in animals, even when the FDA doesn’t expressly permit veterinary use. Veterinarians could in theory prescribe drugs like Epidiolex for their animal patients, clearing the way for the use of other CBD-containing human prescription drugs, once they are developed and approved, in animals.

Which brings us back to CBD for our dogs. Thus far, California is the only state that specifically authorizes veterinarians to discuss the subject of CBD with their clients. In other states, veterinarians can only talk about it if clients start the conversation.

But whether or not they consult their veterinary providers, dog owners are increasingly turning to CBD to help manage conditions like arthritis, anxiety, seizures, and other health problems in their pets.

The problem is, there’s even less research data on CBD use in animals than in humans. In fact, just three years ago not a single study had been done on CBD and pets; even today, while early clinical trials are encouraging, results are far from conclusive. Yet to meet consumer demand —and in the absence of any regulation — more and more companies are jumping on the CBD bandwagon.

So, what’s a dog-parent to do?

First, talk with your veterinarian. Ask about his or her own experience in treating dogs with CBD, and what their clients have reported. Since there’s no law outlawing veterinarians from talking about cannabis or CBD, there’s really no excuse for vets being hesitant to have a frank discussion with you.

Next, keep in mind the limits of our knowledge. Since there’s no scientific data on the use or dosage for CBD in pets, there’s also no way of guaranteeing its treatment effectiveness or the proper dosing for a 7-pound Yorkshire terrier versus a 70-pound German shepherd. Experts advise starting with the lowest possible dose, then gradually increasing either the dose or concentration if you see no improvement.

Don’t believe everything you hear or read on the Internet. (Sound familiar?) CBD may be an effective medication, but it isn’t a miracle cure, and anyone who says otherwise is merely trying to line their own pockets. Words like “Amazing” or “Breakthrough” need to be a red flag, along with claims hawking CBD as a cure for lethal conditions like canine cancer, brain disorders, kidney disease, and more.

Finally, do your homework. Carefully research the seller and manufacturer. Are they transparent? Do they adhere to high ethical standards? Are their products tested in an independent laboratory? Is the CBD labeled “full spectrum”? Are the products organic at best, or at least free from pesticides and solvents? Do they provide a manufacturer’s certificate stating the amount of CBD in the product? You can learn more about the veterinary uses of CBD and cannabis, and even schedule a professional consultation, at veterinarycannabis.org.

Ultimately, the decision about whether or not to use CBD for your dog is yours alone…but you don’t have to feel alone in making that decision. Consult with your vet, read and study what the experts say, talk with other pet parents you know and trust. Weigh your options, then do your best to be an informed consumer and a caring pet parent.

Joan Merriam lives in Nevada County with her Golden Retriever Joey, her Maine Coon cat Indy, and the abiding spirit of her beloved Golden Retriever Casey in whose memory this column is named. You can reach Joan at joan@joanmerriam.com. And if you’re looking for a Golden, be sure to check out Homeward Bound Golden Retriever Rescue .