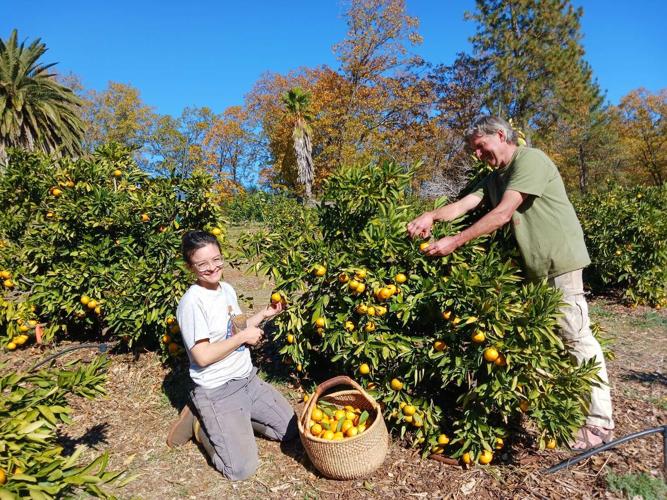 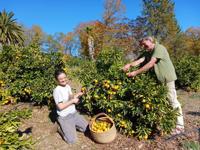 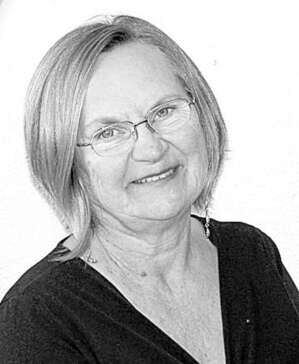 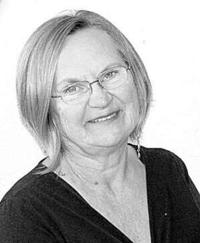 Most of us assume citrus fruit comes from Southern California, Florida, and the Central Valley. Wrong! On a southwest facing hillside just off of Cement Hill Road, bright orange baubles hang on dwarf mandarin trees ripening in the crisp autumn air. It’s harvest season. Seven varieties of mandarins as well as other citrus trees are loaded with fruit and bursting with sweetness. The hillside where primarily citrus trees grow is bordered by two ravines that seem to trap some of the season’s cold air.

When Jeff first saw this property, he understood immediately its ideal agricultural potential by the types of plants that were already growing and thriving there, particularly a massive sixty year old date palm. In the beginning, while planning and planting his own farm, he leased the land to Living Lands Agrarian Network and in later years to another new farm, Super Tuber, who got their start growing potatoes.

Citrus and many other fruit trees adapt to heat quite well. Wells thinks they will thrive as the climate warms. He religiously mulches his trees to protect and minimize the amount of water they will need to grow and sprays with kelp for its rich source of minerals. Kelp is also known by many organic farmers to protect plants from possible freezes. The last few years Jeff made a commitment to becoming totally carbon neutral transitioning all his equipment to biodiesel or battery powered from the weed eater to the chainsaw and tractor.

Farming goes way back in Jeff’s gene history. His great great grandfather grew tobacco and grapes in the Livermore area during the Gold Rush. At 16 Jeff planted a vineyard in Healdsburg near his family’s home. At 17 he left home to join a commune in Santa Barbara called Sunburst Farm, one of the first large organic enterprises that farmed and sold organic produce.

Over the last decade, organic farming has become a much larger piece of the economic pie here in Nevada County. The land used for organic agriculture and ranching provides important firebreaks as well as the beauty of more open spaces. There is much less travel involved in locally produced food also saving our environment.

In these inflated times it’s easy to compromise on the quality of foods we buy as we all try to stretch the budget we once were accustomed to. But there is barely a recognizable comparison between commercially grown citrus and the mandarins grown here in our own county (and other organically grown fruit from Newcastle and up the Central Valley). Commercially grown mandarins are often drier, less juicy and barely sweet. To ripen, they are sprayed with ethylene gas and an entire orchard is harvested at once. Jeff and his crew check their trees individually for ripeness before harvesting. “Commercially grown mandarins are often less predictable in quality and sweetness, as often times an entire grove is harvested all at once, with less regard to ripeness. Then they are often kept in cold storage far past their peak flavor profile,” Jeff commented.

Sunrock farm will be selling their mandarins at the Nevada City Farmers Market until its final week of December 17. After that, pop-up sales are planned at Three Forks restaurant. For more information you can email wellhopped@hotmail.com or check the Instagram account is sunrockfarm_nc

This makes a unique winter salad for upcoming holiday meals. It’s worth the extra effort it might take.

Five to six ounces baby spinach (about one package)

One half fennel bulb, cut in paper-thin slices and chopped

One half cup walnuts, toasted and chopped

Toss the spinach and chopped fennel together with half the dressing. Arrange on chilled plates. Chop beets into small pieces. Scatter the mandarin segments, beets, and remaining walnuts on top of the spinach. Spoon more of the dressing over each salad, if desired, and serve. Makes 3 to 5 first course servings.

Two to three tablespoons of the chopped walnuts

TO MAKE DRESSING: Add all the ingredients to a food processor or blender and process until smooth. Taste and adjust the seasoning.

TO ROAST BEETS: Remove tops of beets and cut in half. Toss the beets with a little apple juice or white wine vinegar and a half teaspoon of curry. Roast at 400 degrees until beets are fork tender, about 20 minutes. Set aside to cool and peel, if desired.

TO TOAST WALNUTS: Add walnuts to a small, dry skillet (no oil added). On a very low flame stir continuously or shake the pan until walnuts begin to smell and are slightly browned, about 2 minutes. Chop when cooled.

Patti Bess is a freelance writer and cookbook author from Grass Valley.