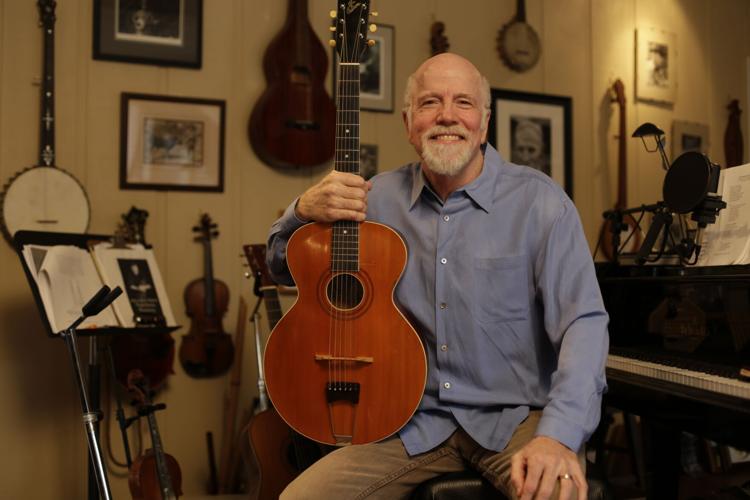 John McCutcheon poses in a music room. He will perform live at The Center for the Arts for the annual KVMR on Saturday, Jan. 7. 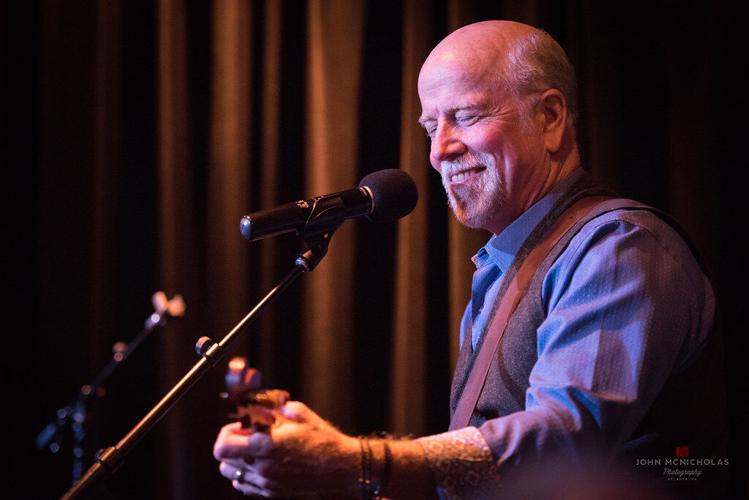 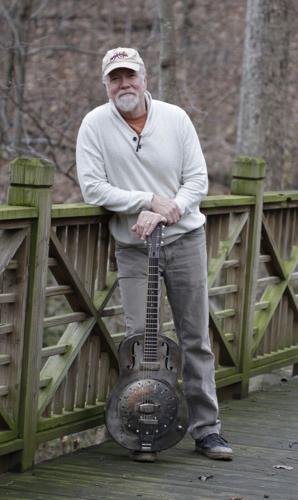 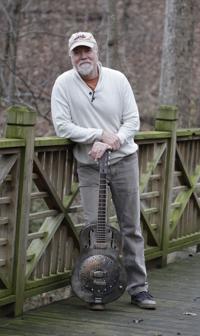 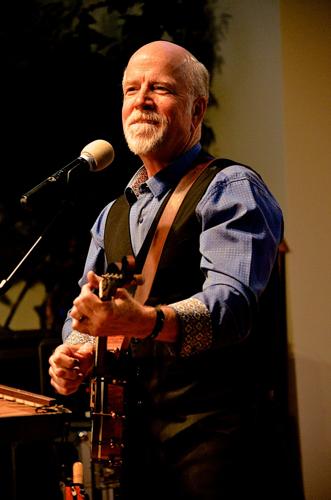 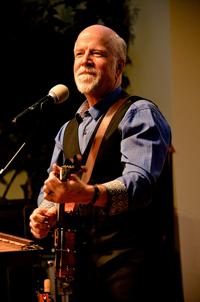 John McCutcheon performs live at The Center for the Arts for a fundraiser concert for KVMR Jan. 7 at 7 p.m. 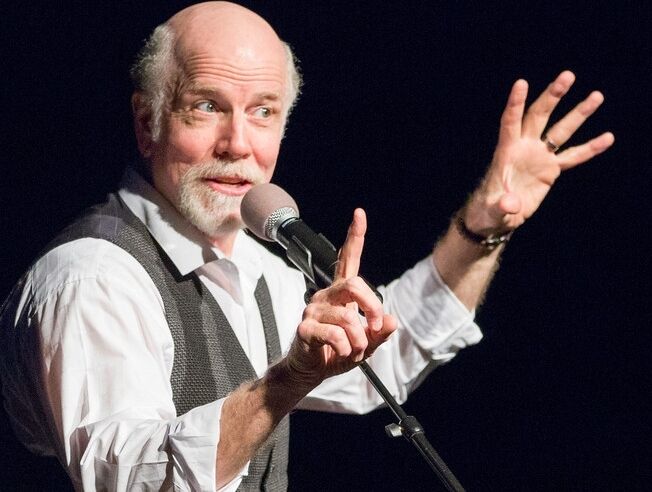 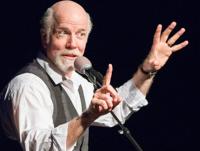 John McCutcheon, a bit of a renaissance man, is a storyteller, author, activist and prolific musician. | Photo by John Taber

John McCutcheon poses in a music room. He will perform live at The Center for the Arts for the annual KVMR on Saturday, Jan. 7.

John McCutcheon performs live at The Center for the Arts for a fundraiser concert for KVMR Jan. 7 at 7 p.m.

John McCutcheon, a bit of a renaissance man, is a storyteller, author, activist and prolific musician. | Photo by John Taber

If you have been around Nevada County for any length of time, you have probably come to expect to see an announcement that John McCutcheon will be playing in the area, helping to raise money for KVMR radio. This is that announcement! And, you can thank the late Utah Phillips for bringing McCutcheon to local venues consistently for the past several decades. McCutcheon, a bit of a renaissance man, is a storyteller, author, activist and prolific musician. He will be performing this Saturday, January 7, at the Center for the Arts to help raise funds for the public radio station that is KVMR-FM.

McCutcheon credits his friendship with Phillips with his introduction to the public radio station.

“I first started doing it around 1990 or something like that,” he said. “I had been coming out to the ‘left coast’ since 1980 or ‘81 and my friend Utah Phillips lived in Nevada City. We were tired of just seeing each other only occasionally at music festivals (which is where musicians tend to see one another). He said you know I live in this town that has this great community radio station and why don’t I see if they would have you do a fundraiser for them – they play your music! So, I came in and I just fell in love with the area and the radio station and it was a great chance to see my buddy, Utah, especially after he wasn’t able to go out on the road any longer.”

In what has become almost an annual pilgrimage, McCutcheon has been holding the fundraiser mostly in January, for decades. He said it seems to work.

“It’s a good time of the year for everybody,” he said. “I started coming out, so I didn’t have to deal with snowed out concerts back on the east coast. (McCutcheon lives in Georgia). I just started coming out and it became part of the annual stop.”

This concert is the first January date since 2019 – a postponed (due to COVID) concert took place last summer.

The January fundraiser has become a much-anticipated part of the norm.

“Doing it in January has become downright Pavlovian,” McCutcheon said. “People just got in the habit that it’s January. It’s the first concert after New Year’s. It’s McCutcheon. So, people didn’t have to advertise it as much because people started looking for it.”

Supporting KVMR is a win for both the musician and the radio station, which McCutcheon explained is about so much more than music and information.

“Community radio is about more than entertainment,” he said. “What community radio does is, it helps both create and sustain community. So, you have this feeling about a radio station that is more than just where you listen to your favorite songs or where you turn into the news. This is a part of your information system. It’s part of your entertainment world. It’s where you turn when times get weird. Where am I turning in my world to find out what I need to know? And, once I start creating a relationship with community, I am more than just an interesting way to while away a couple of hours once a year. I’m part of the family and I’m part of the information system.”

He delivers information in a different way as a storyteller and entertainer and possibly as inspiration and gets as much as he gives.

“It’s not a one-way street,” McCutcheon said. “I need this kind of sustenance as well, so, so to come back to a place I know and love so well as the Grass Valley and Nevada City area, the place where KVMR casts its very wide net and you get to know people. It ends up being a kind of family reunion, especially in these times of pandemic with so much isolation in so many ways.”

He said as people gather for the show, it feels like community again.

McCutcheon spent a lot of time during the pandemic doing online concerts, and still does, but will always prefer the live interaction. He said he has found the time to be very creative and he is releasing several albums full of new material, but he has slowed down on the travel.

“I’m touring about half as much as I did before the pandemic,” he said. “I’m 70 years old now. I still feel as fit and as creative as I ever have in my life.”

The storyteller and multi-instrumentalist plays guitar, hammered and mountain dulcimer, banjo, autoharp, fiddle, and piano, just to name a few.

This concert repertoire will include the familiar as well as an introduction to some new material, though McCutcheon can’t really say specifically what he will play Saturday night, as he does not use a set list. However, he recently released a new album (in addition to two new releases last summer).

“So, I’ll be doing some stuff from the new album. There has been some stuff that has come up in the news that has caused me to dust off some things that I thought had a short shelf life but the world being what it is, I can bring some of these older songs out and the world will bring new life into them.”

McCutcheon promises some old favorites and takes requests during intermission, saying he does his best to honor those requests.

“People come back based on what they experienced before and maybe that was a particular song, or maybe the way certain songs worked together, or maybe it was what it felt like to be in a room with 400 strangers — or 400 neighbors — so I won’t know exactly what I will play other than the first song.”

Discussing the interaction of the audience, he said: “Utah and I used to discuss the arc of performance and how it’s a two-act play. Music was the delivery system of the ideas and emotive experiences were the real end.”

“People are so excited to be out. The fact that people were willing to watch live concerts on their phones is an indication of how much they missed that.”

Hollie Grimaldi Flores is a Nevada County resident and freelance writer for hire, as well as a podcaster at HollieGrams. You can hear her episodes at http://www.buzzsprout.com/1332253. She can be reached at holliesallwrite@gmail.com

WHERE: The Center for the Arts, 314 W. Main Street, Grass Valley, CA