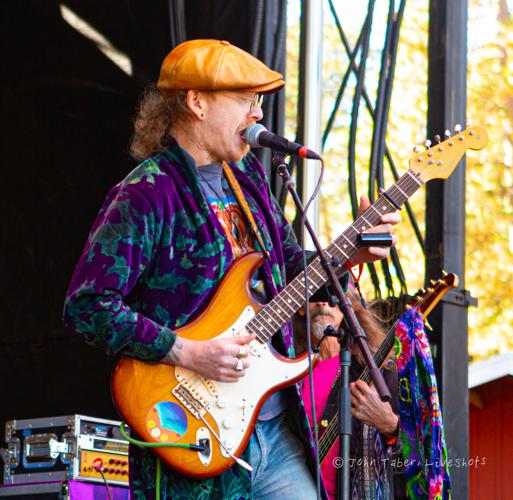 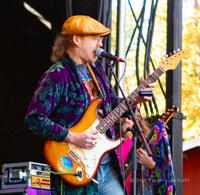 Achilles Wheel is about playing music that makes you want to dance. | Provided by John Taber 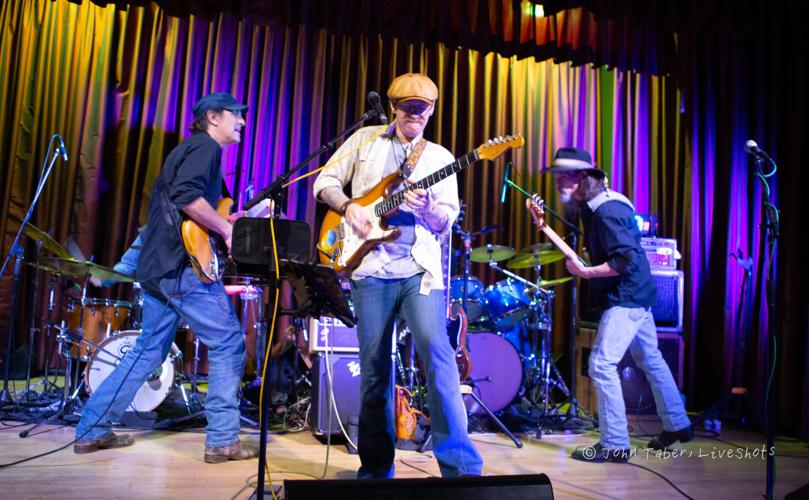 “We decided that we wanted to have an event where we could play locally, and we just felt it would be good to do something that is more centric to our demographic," Achilles Wheel Band Manager John Taber said. | Provided photo 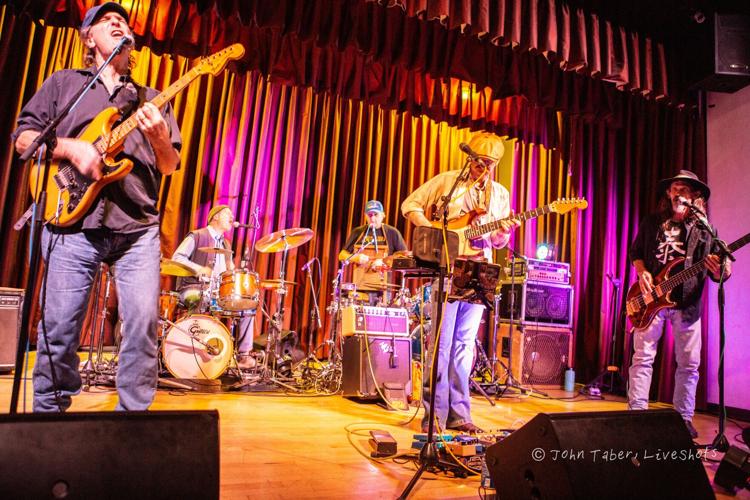 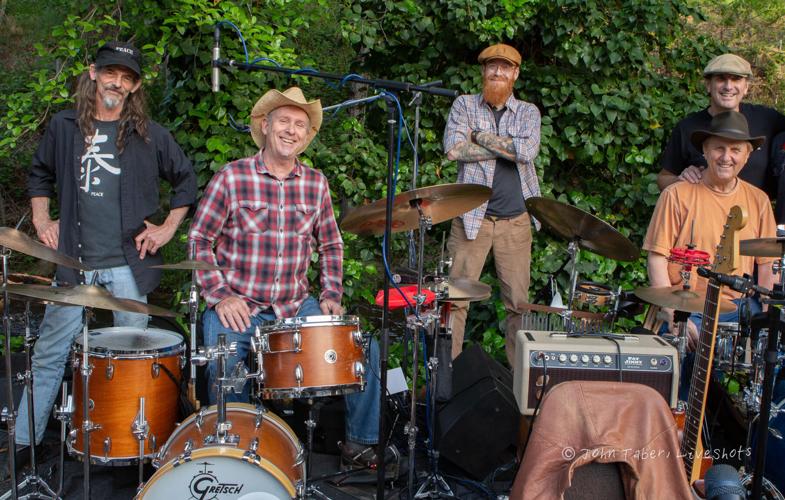 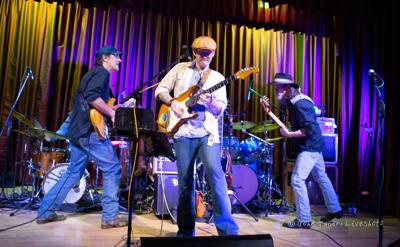 Achilles Wheel is about playing music that makes you want to dance. | Provided by John Taber

“We decided that we wanted to have an event where we could play locally, and we just felt it would be good to do something that is more centric to our demographic," Achilles Wheel Band Manager John Taber said. | Provided photo

Achilles Wheel Band Manager John Taber said the band is a jam, rock band that features mostly original material. | Provided by John Taber
For those among us who want to celebrate New Year’s Eve but may not be interested (or capable) in staying awake until midnight to do so, a central time celebration is offered this year at the Odd Fellows Lodge in Nevada City. Enjoy an evening of “Friendship, Love and Truth” with Achilles Wheel ringing in New Orleans New Year! It promises to be all the fun and frivolity of an end-of-year celebration that will still allow you to be home before the clock strikes twelve.
Achilles Wheel Band Manager, John Taber, said their demographic is suited to such a celebration.
“We decided that we wanted to have an event where we could play locally, and we just felt it would be good to do something that is more centric to our demographic,” Taber said. “Not everyone wants to stay out until midnight or drive home at one thirty in the morning or that sort of thing.”
The idea of an early ending party was posted on social media to their followers, and the majority responded positively to a dance party that ended before Father Time called it quits on the west coast.
“We planned this with the help of the Odd Fellows to start a little bit earlier and end a little bit earlier as well,” Taber said. “We will celebrate New Year’s Eve with the good folks of New Orleans on their time zone and play until 11 p.m.”
There will be a champagne toast at 10 p.m. and people can decide to go home or continue to join in other celebrations, Taber said. “It will give people a chance to beat the traffic home or to go catch one of the other events that is going on in the local area.”
Some of those Nevada City options include midnight celebrations at The Crazy Horse Saloon, Golden Era, The National Hotel and Miner’s Foundry.
Achilles Wheel played their first gig in February 2011. Taber said they are a jam, rock band that features mostly original material.
“We do play other tunes from the likes of Pink Floyd, Eric Clapton, the Rolling Stones and the Grateful Dead, to name but a few, but we primarily center on the original music that the boys produce,” he said.
That music equates to an evening on the dance floor.
“It is jam-band-centric, in that it is that warm, familiar feel that you get from the Allman Brothers and the Grateful Dead and bands of that nature,” Taber said. “This is billed as a dance concert.”
The band members are songwriter, guitarist, and vocalist Paul Kamm, songwriter Jonny “Mojo” Flores on guitar and vocals; occasional songwriter Shelby Snow on bass and vocals, and Mark McCartney on drums and percussion, with Ben Jacobs on keyboards and accordion rounding out the group.
In an earlier interview Paul Kamm summed up the feel of the group: “Chemistry in a group of musicians is hard to create if it’s not there and it can’t be messed with once it is there.”
Achilles Wheel is about playing music that makes you want to dance. Playing live music together is where the real joy comes, Kamm explained.
”We have always been pretty easy to work with and we take that philosophy into the live setting to create a happy environment that has a social awareness, that likes to talk about upholding and supporting the human cause,“ Kamm said.
“It’s going to be a fine crowd,” Taber said. “There are a lot of other events going on in town that night, just about every pub has something and there is an event at the Miners Foundry as well, and we wish them all the best success, but know that we will have a good party going on for anyone who wants to join.”
Other Nevada City New Year’s Eve options include Earles of Newtown and Cousin Cricket playing at Miners Foundry (music starts at 9 p.m. with a midnight balloon drop); a 1920s style social at The National Bar; and Shaky Ground providing the New Year’s Eve party entertainment at the Golden Era Lounge, to name a few.
In Grass Valley, you can celebrate with Bob Mora &amp; the Third Degree Blues Band at Wild Eye Pub with an “all the shiny things” theme with sparkles, glitter, and rhinestone attire encouraged.
Tickets for the Achilles Wheel New Year’s Eve celebration are available through Eventbrite at Eventbrite.com (search for Achilles Wheel) for $25 in advance plus applicable fees or $30 at the door, if not sold out. Doors open at 6:30 p.m. with live music from 7:30 to 11 p.m. at Nevada City Odd Fellows Oustomah Lodge #16 is located at 223 ½ Broad Street in Nevada City.
Hollie Grimaldi Flores is a Nevada County resident and freelance writer for hire, as well as a podcaster at HollieGrams. You can hear her episodes at http://www.buzzsprout.com/1332253. She can be reached at holliesallwrite@gmail.com