Nevada County to get $6.6 million in grant funds

Our View: A day to honor

A shared experience: School board votes down student-led policy change

On the rise: Nevada County sees ‘surge’ in COVID-19 cases

What is natural immunity from COVID-19?

Taking to the streets: Protest forms in Nevada City after Supreme Court draft suggests Roe could be overturned

WASHINGTON — A draft opinion suggests the U.S. Supreme Court could be poised to overturn the landmark 1973 Roe v. Wade case that legalized abortion nationwide, according to a Politico report.

An explosive threat was neutralized Wednesday afternoon in downtown Nevada City after an ordeal that began 20 years ago when a man was gifted an M type explosive device, according to authorities.

A Thursday afternoon fire from a homeless encampment under the Banner Lava Cap overpass of Highway 49 caused issues for firefighters, Caltrans, and law enforcement officials after the fire ignited timbers within the bridge, forcing…

Will the real Tommy Coster Jr. please stand up?

A judge is expected to issue a decision today on a restraining order against three supporters of the Board of Supervisors recall effort.

NID hosts ‘No Motor Day’ May 15 at Scotts Flat Lake 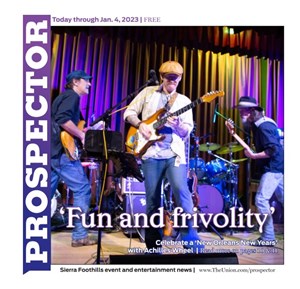 A shared experience: School board votes down student-led policy change